Round Table on Winter Tourism: a slalom between opportunities and rules 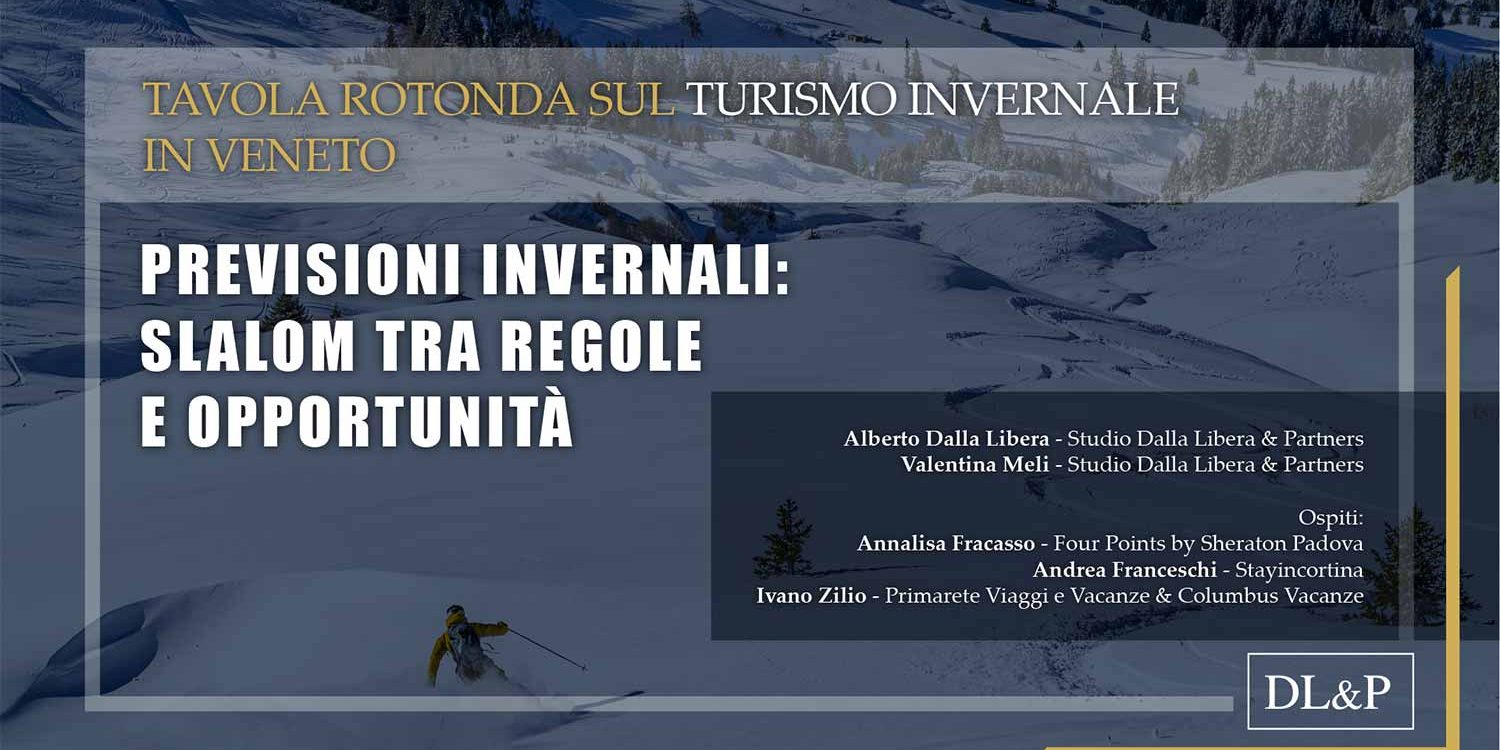 The guests of the Round Table on Tourism, organized by the Studio Dalla Libera and Partners in Padua, find themselves, a few months later, reviewing again the numbers and prospects of the sector from the point of view of the operators.

The beginning of the winter season is an opportunity for an assessment of the summer and autumn seasons, and for an update on current prospects.

Also this time the invitation was collected by Annalisa Fracasso, Sole Administrator of the Four Points Hotel by Sheraton (Marriott Group) in Padua, who hosted the meeting), by Ivano Zilio, Sole Administrator of Primarete Travel and Holidays (national network of 250 travel agencies) and owner of the tour operator Columbus Vacanze, and Andrea Franceschi, Sole Administrator of Stayincortina s.r.l. which manages 10 accommodation facilities, including 4 in the territory of Cortina and 3 in Lombardy, in connection with Cortina.

We believe it is interesting to turn the spotlight again on the tourism sector again, given its importance for our territory. In fact, Veneto is the first Italian region for tourist flows and the economy of the sector represents about 10% of regional GDP (at least up to pre-Covid).
We therefore reopen the debate on the basis of a rapid budget compared to the expectations of early August.

Let’s take a look at the mountain world with Andrea Franceschi.

“We had left in July with positive signs – he told us – and we managed to do even better than we had set out. People wanted to move after months of seclusion and stagnation. We found positive data for all our leisure facilities and a similar message also comes from colleagues in other holiday destinations. These are mainly Italian and European customers. Business travel is different. In that case it is very difficult to go back to the numbers of 2019”.

“Certainly the summer period is not the most suitable time for business meetings. On the other hand, Padua, at the moment, is not considered a tourist destination. In fact, the Four Points enjoyed the numbers of leisure groups that were passing through other places. In October and November the business numbers were not bad. Surely you can see the desire to return to old habits, to meet face to face.”

The fairs are the events to which Annalisa Fracasso accords great importance. The fair on vintage cars, for example , or the fairs dedicated to families.
Today, with the updates related to the Super Green Pass seems to have returned the uncertainty

“We are working very hard to answer people’s uncertainties,” he said. Fracasso.

Reservations cancelled at the last minute, precariousness and new standards for business meetings, confusion, partial information from the health authorities: these are the main difficulties at the moment.

And the world of travel? Do you find the same difficulties?

“The fact of having limited travel abroad meant that flows remained in Italy and this was good. The downside? That flows from abroad have obviously failed. In short, limitations carry limitations. The volume of travel agencies has fallen by 30% compared to 2019. The work of the tour operators has practically frozen seen the uncertainty on the perception of the numbers”.

So what are the prospects for Christmas and New Year’s Eve?

“What do we notice? A change in the relationship with the customer. – Andrea Franceschi told us – So much so that we are not yet able to make forecasts on the winter season. The messages that come are so many and confusing. It would take a little more serenity to approach the problem.”

Guests photograph a reality in which it seems complicated to find a new way through the continuous updates of the rules, although many citizens are willing to accept some sacrifice to start moving again

Is the proximity tourism that has flourished in recent years to be considered a necessary compromise or a new dimension for leisure?

“Italians had already begun to rediscover the “made in Italy” in their travels thanks to the visitations of the most beautiful villages in Italy. I must say, however, that, in order to be a country with a tourist vocation, too little is said about tourism and there are not enough strategies for valorization.”

The lack of ambition seems to be a significant element and that tends to “sink” the sector.

“We must begin to think perhaps in a different way, in greater cooperation with professional associations and governmental authorities – said Alberto Dalla Libera – And if we talk about tourism we must not forget that behind the dynamics of which we talked about there are organizations and there are companies that risk to close budgets again in negative”.

Next Appointment in the new year to find out if the scenarios were confirmed.

Look at the whole episode here.