Ready to lift
the curtain on culture again 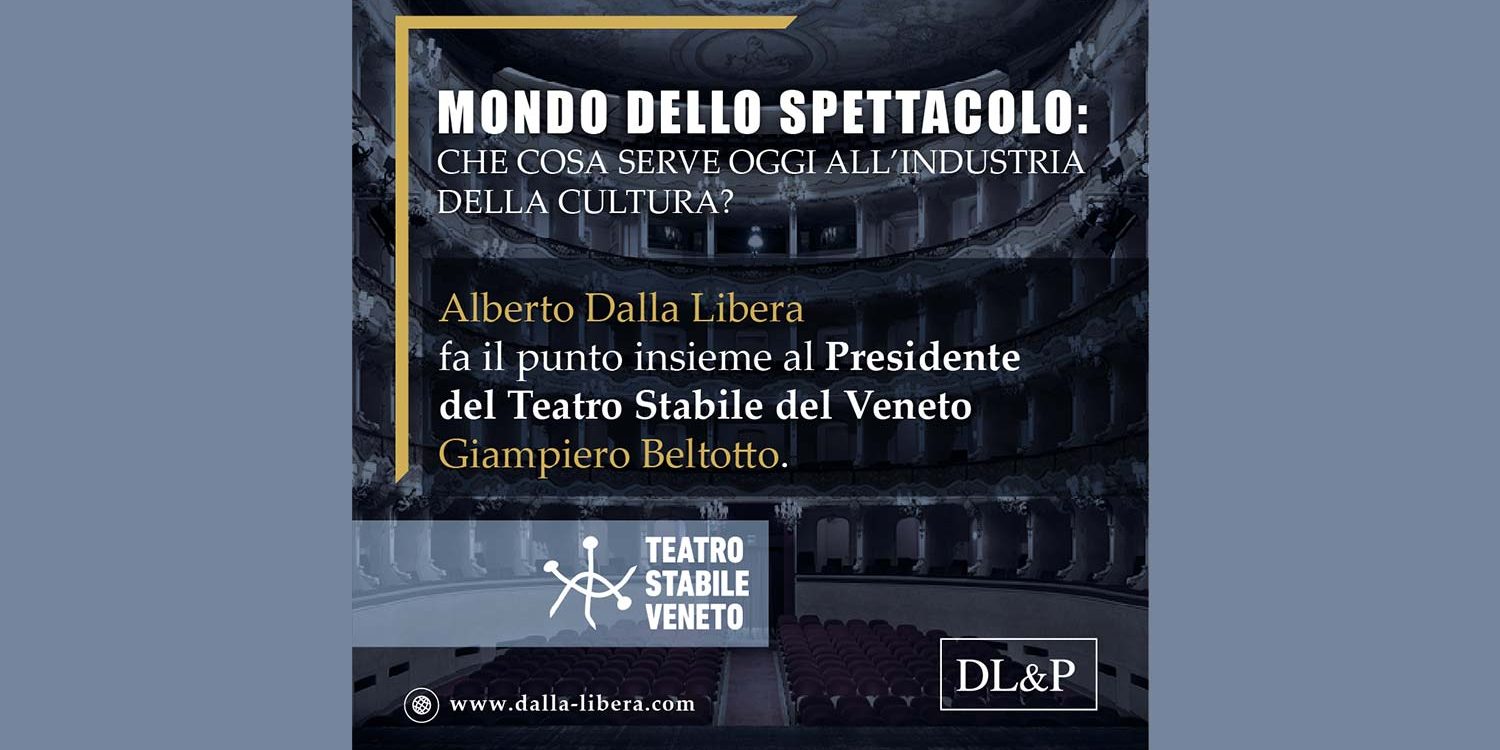 Expectations and hopes of a restarting sector

Show business has been among the hardest hit by the pandemic. The recovery phase has just begun and all the actors involved oscillate between hopes, expectations, criticality, financial needs, welfare and provisions for the protection of workers.

This will be the next topic that the Studio Dalla Libera and Partners in Padua will discuss together with an exceptional guest.

According to official sources, the Cultural Heritage Fund will be implemented with EUR 100 million from 2022.

The Entertainment Fund (FUS) is expected to increase to 20 million euros.
This will strengthen financial support for cultural institutions and institutions.

Starting from 20 million euros for 2022 and 40 million for 2023, the budget law has set itself the objective of giving a “breakthrough” to the welfare of workers in the entertainment industry.

Will that be enough?

We will talk about this in the meeting that involves Alberto Dalla Libera from Studio Dalla Libera and Partners in Padua and Giampiero Beltotto, President of the Teatro Stabile del Veneto, moderated by La7 journalist Micaela Faggiani and that we will show you in a few days.

But let’s take a few steps back.

We are well aware that due to the health emergency, since March 2020, the curtain has fallen (paradoxically) on places of culture and shows of any kind.

In other words, the services aimed at allowing the public to enter cinemas and theatres throughout the national territory have been suspended.

Since May 2020, however, the hold has been loosened. Hence the (controlled) opening of museums, theaters, concert halls, cinemas and other similar environments. But in October 2020 we witnessed, unfortunately, a new forced stop.

The epidemic has not ceased to spread. Thus, containment measures have been reintroduced and new openings have slipped in April 2021.

Since then (thanks to the results of the vaccination campaign) public participation has been expanded, despite safety standards.

The provisions of October

What has happened here?
Starting from October, in the yellow areas, the shows that provide for the presence of the public on site, then inside theatrical halls, concert halls, cinemas, clubs that provide live music, The participation of users was allowed with pre-assigned places and with the categorical respect of the interpersonal distance of at least one meter. Access was granted to those who were in possession of the green certificate.

In the yellow zone the capacity allowed was 50%.

In the white zone the capacity has become total (the maximum one authorized) and the public has been obliged anyway to show at the entrance their Green Pass.
In this way the sector is timidly (but forcefully) restarted.

From an economic point of view, in order to face the crisis caused by the pandemic, various support instruments have been put in place for operators in the sector.

The Revenue Agency has given new instructions for the request of the bonus for the theater and the entertainment sector.

The bonus may be enjoyed by organisations operating in the field of theatre activities and live performances. In short, it is up to the operators that 2020 have suffered a reduction in turnover of at least 20% compared to the previous year.
Activities eligible for the bonus include, for example, theatre, music, dance, circus and other activities.

Questions for the bonus “Theatre and Shows” can be submitted until 15 November 2021.

Are the support measures planned (and will they be) satisfactory?

Will the last provisions, the protection fund, the bonuses introduced, be enough to restore to the world of culture and entertainment what it has lost in the last two years?

Which way are we going?

Together with Giampiero Beltotto we will talk about this and much more. We will understand what were actually the numbers of the pandemic, how the contact was maintained with the users of the theater, how the cultural needs of the Venetians have changed.

Stay up to date.